It doesn’t seem that long ago when I was casually browsing around youtube and stumbled across videos of scuba divers. I had been watching a documentary about cave diving and the fact that these weren’t the traditional divers most people picture in their heads fascinated me.

These divers were strapping their cylinders to their sides. Something that I had never seen before, so I, ever the stickler for information overload, went off in search of more information. I had an interest in diving since I was young, after completing a trydive around 17 years ago I always said one day I would become a scuba diver.

I had found a selection of videos of sidemount diving and in particular, The way they hovered and glided through the water as if it wasn’t there created an infatuation. They seemed in complete control as if they belonged in the water.

Fast forward 18 months, I was a qualified BSAC Sports Diver and I wanted to explore the option of sidemount further, most of the club members thought I was crazy, as surely sidemount was for cave divers? I seemed to be alone in my curiosity for trying sidemount, so I approached the person who I had been watching on youtube, Garry Dallas who offered to come to the club and do a presentation for us. You could see the interest peaking in the room, people started to ask questions.

I knew from this moment on, that I had to do more to convince club members that sidemount was not specifically for cave diving. I organised a sidemount Trydive with the BSAC North West regional team who put on a fantastic trydive evening for a handful of members. From that moment on, the bug had bitten more people.

For me, the initial interest for Side mount was a try dive organised BSAC North West Region for Sub c divers members when I got in the water with instructors Simon Fryer and Nadeem Alam it felt really comfortable and easy to operate and move in the water. The draw to sides was I have dived back mount twin twelves for some years and after surgery to both my shoulders found shut downs really difficult as Side mount valves are easier to get at it was the obvious choice

The ball started to get in motion after that, as the club organised a BSAC Twinset Diver course which covered the sidemount configuration for those itching to get into sidemount and also those interested in back-mounted twins joined too.

Speaking with a member of the North West Regional Coaching team Simon Fryer:

Sidemount has been around for a long time, Why do you feel that only now it’s been accepted more as a configuration for rec diving when everyone’s initial reaction is that it’s primarily for tech cave divers?

Sidemount has been accepted for recreational diving for quite a while now, 10 years or so I guess. Influential individuals recognised the potential for sidemount as an alternative to back-mounted twins and developed training courses with mainstream training agencies to make it more widely available. Individuals such as Garry Dallas, Steve Martin, Steve Bogaerts and others also developed equipment configurations with mainstream equipment manufacturers so that people could buy side mount kit off the shelf. Many people are attracted to diving as it offers the opportunity, not only to explore a world that the majority of people will never visit, but also as it offers continual opportunities to learn and develop new skills and techniques. Side Mount appeals to the diver who likes ‘kit fettling’, likes a challenge and enjoys the feeling of being completely at home in the water once they have honed their equipment and technique. I don’t think that you can achieve that “planted in the water feeling” to the same extent in any other configuration but I’m biased.

I’m quite excited by the fact that BSAC is embracing sidemount as a recognised qualification, what about sidemount do you feel appeals so much to BSAC and the diving community as a whole?

The BSAC is a much more forward-thinking organisation than many give it credit for. It is a long-standing organisation with much history and tradition, which, has widening participation and providing top class training and support for it’s divers a one of it’s cornerstones. Diver Safety is another key element of the BSAC philosophy which sometimes means that we rightly proceed with caution when adopting new techniques and practices. That having been said, Side Mount has been one of three ‘twin set’ configurations available to BSAC divers for some considerable time. In a club environment, divers tend to advance their diving and equipment configurations in line with the type of diving and the configurations that are popular within their club. It is often quite obvious that a group of divers are from the same club by the similarities in their kit.

What I think has changed is that Regional Coaching Teams are developing and delivering courses that afford people the opportunity to try something that they perhaps couldn’t within the club environment. Side Mount is one of these ‘something differents’ which, once people try, they either love or loath. In my experience, the majority of people that try it love it and adopt it as their main configuration. This then gets taken back into the club environment which creates more interest and Side Mount then becomes an option within the club environment and it continues to grow in popularity.

Why is it popular? Because it provides access to truly redundant gas supplies and access to greater volumes of gas in a more easily transportable way than a back-mounted twin set. It’s also incredibly comfortable to dive giving a feeling of freedom underwater like no other scuba configuration. You may ask so why do you dive your Inspo most of the time? It’s a good question and the answer is that the technology takes diving to another level which can’t easily be matched using open circuit equipment, however, if I’m diving open circuit, I’m diving sidemount! Sidemount is taking a prime position in recreational diving there is no denying that. I’d also like to take the time to congratulate our three latest BSAC Sidemount Divers on passing their Twinset Diver course.

I hope that future divers at the club will see the benefits of diving sidemount and give it a try themselves. The amount of difference in balance and trim in the water even the first time we put on the configuration in the pool was instantly noticeable. I am happy to see BSAC embracing sidemount and taking it forward in the diving community. 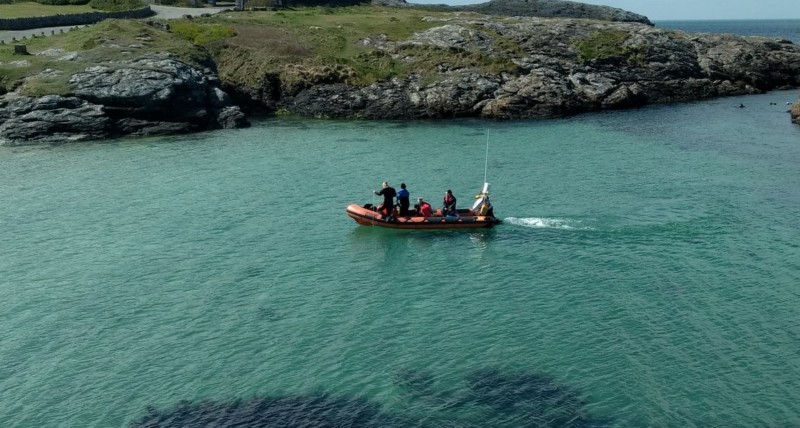 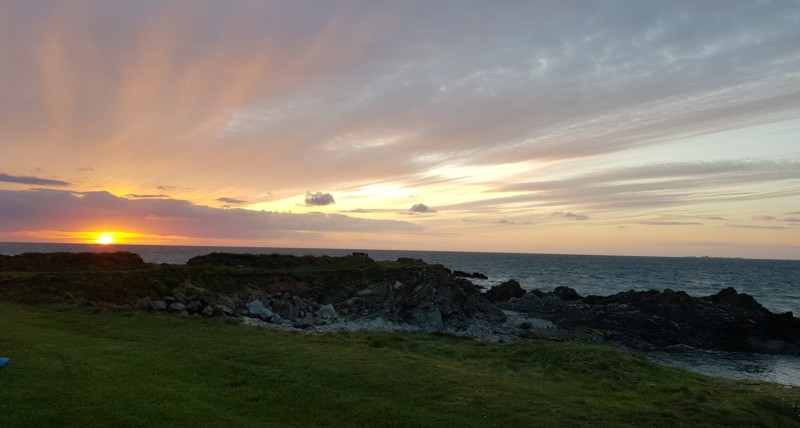