The club had planned an Early May Bank Holiday trip to Anglesey, Penrhyn caravan site was the chosen Venue for a large number of divers. Other family members joined in the fun making the weekend an awesome time had by all.  The weather was kind by not raining but we had to deal with some artic wind. Wilt had shot the Asmund wreck on Friday to make full use of the small window tide wise. However, on Saturday the pending dives from Penrhyn were called off. It was decided that we should head over to Ravenspoint which was protected from the winds. It’s pretty much a given that of Penrhyn is windy then Trearddur is calm. The contingency plan worked well.
Majority of us got to do a shore dive and snorkel with brilliant visibility.

On Sunday the weather was calmer but as a group, we decided that we would take advantage of the Trearddur slip and the longer window. We took the boat over to Trearddur and I was asked if I would like to cox the boat. I had over 9 hours of boat handling time since reaching my boat handling qualification and welcomed the opportunity of independence on the boat.
Mindful that coxing the boat is not just a simple jump on and drive, Boat preparation before the boat even gets into the water, covering all the health and safety at launch followed by the drive from Trearddur Bay to Ravenspoint.
Driving the boat into Ravenspoint was pretty challenging for my first time, it’s very rocky and shallow in places. Slow is the key using my trim buttons to manage the prop depth.  Once I got close to the beach, we dropped the anchor.
I helped load 6 divers onto the boat, Stella, Melissa, Chris L, Mandy, Paul & Danny. Once all the kit was secured, we set off to a reef dive that Stella suggested, but we ended up going further up the coast to a wreck that Chris suggested, this site also had lots of gullies and cracks to explore.

We reached the site of choice and I decided to Drop Chris / Mandy in first, “Please put the dive flag up” I shouted. The team helped kit them up. This was Mandy’s first RHIB dive. Once they were kitted up and headed to the dive site, I was in charge of the boat and the dive log – On the boat, we have a plastic A4 dive slate. I recorded the buddy pairs, Cylinder size, M.O.D, Air in, Buddy check, Diver leader, Gas type etc. I then placed boat in neutral and shouted 3,2,1 go…  then drifted away making sure the divers were clear of prop before engaging the engine to move away.  Within a couple of minutes, we heard shouting and headed back to the dive site placing the boat in Neutral as we slowly approached the divers– Mandy needed more weight. The team aboard assisted and Mandy was able to continue her dive.
Once again, I moved away from the site, Stella and Melissa started to Kit up with assistance from Paul and Danny.  Just as Stella and Melissa were getting ready the RHIB was taking on water with the weight and waves, I instructed the team to drop the elephant’s trunk and took the boat for a blast to flush any excess water from the deck of the boat.

We returned back to the planned dive site whilst Stella and Melissa kitted up. 3,2,1 boat in Neutral, Stella and Melissa dropped in the water. Once again, I checked that we had drifted away from the divers before engaging the engine.  I asked that the last two divers on the boat stay with me until the first two divers surfaced, mainly as we were close to the coastal rock face and I wanted to focus on the boat handling and they could assist the divers being pulled out the water.   The planned dive time was 40 minutes and use DSMB.  26 minutes later Chris & Mandy surfaced, Paul and Danny assisted in getting them back into the boat.  I recorded the depth, dive time and Air out. Once the divers were de-kitted, they could assist the last two divers in getting ready. Paul and Danny decided they wanted to drop in at the current location, I checked the current depth with the boat’s sonar, “19m I stated” “Boats in Neutral 3,2,1 go”. Paul and Danny in the water. Once again, I checked that the diver had moved clear of the prop before engaging the engine moving away.

A short time later we saw a DSMB, I headed over to the site and stood off waiting for the 3-minute safety stop before Stella and Melissa appeared. Phew…. There was other RHIBs in the area and it’s pretty unclear whose divers are whose when the DSMB pops up. Chris and Mandy assisted getting Stella and Melissa back into the boat. Melissa had a big smile on her face, “I saw a John Dory and a Dog Fish” This was her first RHIB dive in the sea. Chris asked for Pictures… “I don’t have any” Melissa replied… “Well it didn’t happen then Melissa” Chris replied.  Melissa and Stella both had a great dive.  Smiles all around.

Before too long Paul and Danny’s DSMB Appeared, I headed towards them placing the boat in Neutral, asking the divers to go either side of the boat so that the team onboard could assist the divers in the water. We managed to get Paul and Danny onto the RHIB as quickly as we could. We had one small issue as one of our first earlier divers had discovered a dry suit leak and was wet and cold.  We continued to monitor the situation and wrap the diver up to keep warm. Soon as all divers where on the boat, kit stored away safely, Dive flag removed. We headed back on maximum power.  Danny had loved his dive, once again this was his first RHIB and sea dive.

I manoeuvred the Ravenspoint gully which looked completely different from the first visit, the tide was on its way out fast and yet more rocks were exposed. Use of the sonar and my eyes constantly was key to getting to the shallows of the Ravenspoint, constant depth monitoring, handling the speed, engine position in the water. I managed a full successful dive trip on my own, however, in fairness, I had an onboard backup in Chris (OWI) Stella (OWI) and Paul (DL)  – None of their expertise was needed on this occasion. I also managed the entire dive slate and took a photograph of the dive slate before wiping this for the next dive.

There is a great deal to think about when you take divers out to sea. You really need your wits about you, you have to be 100% safety conscious at all times.  Remember your dive brief. Remember your plan of action if you need all divers to surface in an emergency situation. The Sonar does not always show you the rocks in the sea, you still need your eyes to visually see what’s around you.  One single lapse in concentration could render you or your divers in danger and/or a damaged boat. The boat was secured ready for the second diver trip – Different boat handler and another set of divers.  Whilst I relaxed on the beach with the BBQ and the handheld radio. I managed to keep in regular contact with the boat.  Once the boat returned from the 2nd trip the tide had receded more. The boat was anchored out in Ravenspoint Bay.  All divers were offloaded and everyone is back on the beach, some 15 minutes later it was suggested that we get the boat back to Trearddur Bay. Wilt and I walked back to the boat which was just beyond the rocks out of view.  I heard Wilt say “$H1T” The boat was almost out of the water, had we been a minute or two later we would have had to wait till 9pm plus for the tide to pop back in. lessons learned for all involved. Thankfully we managed to wade the boat out in shallow waters avoiding any issues, eventually getting out into deeper waters and returning the boat to Trearddur bay ready for the tractor to pull us out, I managed the boat being placed back on the trailer with the winch and secondary secure rope (painter).   Once we got back to the car park, I helped prepare the boat for travel with the secure rear straps, engine locked in place, items in the boat secured. The aerial was taken down and secured.

I thoroughly enjoyed the challenge of taking 6 divers to a dive site, being in charge of the boat and manoeuvring the boat through some challenging waters. I was really pleased that everyone had a great dive, especially Mandy, Melissa and Danny who experienced RHIB diving for the first time in the sea. I am sure future opportunities will now arise as my confidence grows with experience. I really enjoy diving, but I also enjoy watching others enjoy diving and if that means I drive the boat then so be it. It’s equally rewarding. Thank you to Stella, Chris LL, Paul, Danny, Mandy and Melissa for your support and being awesome.   Big Thanks to Wilt for chucking me in the deep end – not literally but giving me the opportunity with the boat. 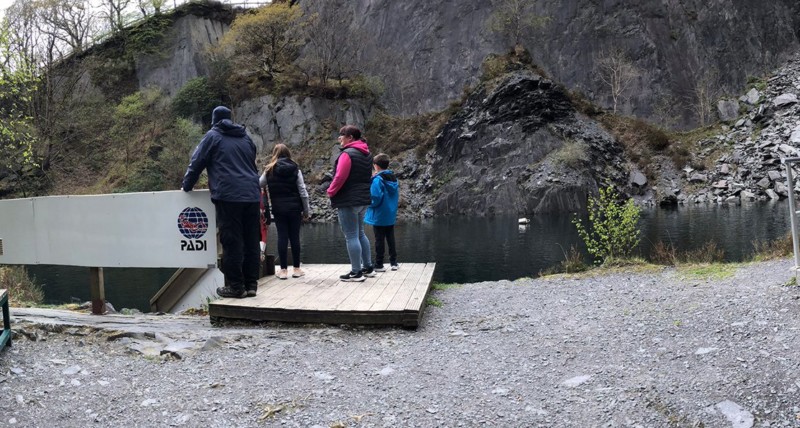 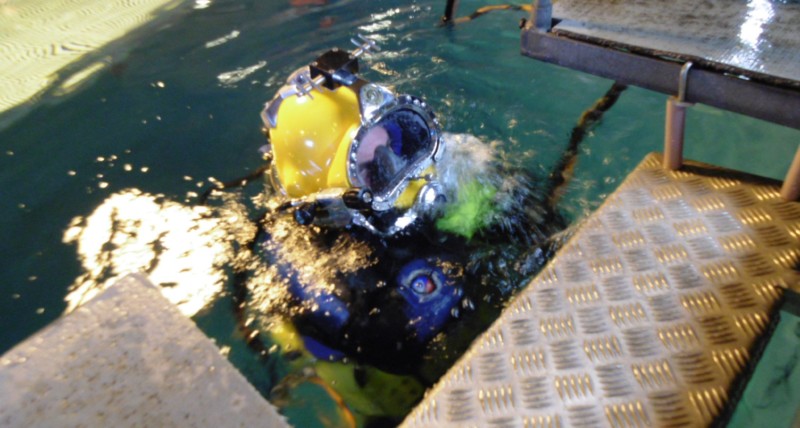